Who would have ever imagined that you would stumble upon an article dedicated to memes for marketing, moreover using the words “meme” and “marketing” in the same sentence? Yes, it is that time, we are living in where memes and business marketing, or rather digital marketing have come together and formed a holly convergence.

Alright, now that you are into this article let’s see how the trends’ memeing up.

If you open up your social media feed be it Facebook or Instagram you see a whole bunch of memes throughout the day. There are memes on almost every topic of discussion, subject of study, movie or a song or a series, situation, news… literally anything. On an average minimals scroll through their social media for 2-4 hours a day which is folded with memes of their areas of interests. Due to the versatile and volatile nature of what memes are they are viral throughout the web, marketers quickly took a notice of such characteristics of memes and started using memes and puns in their advertisements, campaigns and promotion… why you may wonder? For the sole purpose of generating more engagement.

A meme is a funny/creative imagery or a comic depiction of an idea or a message you want to convey.

1. Engages customer to interact without force feeding their feed.

Today’s consumer is very savvy when it comes to advertisements and learning how to ignore them completely, generation x and y have all sorts of information at the tip of their fingers. Marketing banners/ads that show nothing more than an offer on the products will often receive low reaction. Here is where digital marketing comes into picture. And if we incorporate memes into our social media marketing strategy, we are sure to enjoy the fruits of success. Ask me why and how? Well, Memes allow use of humour and entertainment while delivering the messages, making it more creative and interactive boosting your traffic organically. Moreover, people laugh at memes, often save or screenshot them, share them as status updates and stories as well.

For instance, the picture bellow shows how a pun can be used to initiate conversations on valentine’s day. 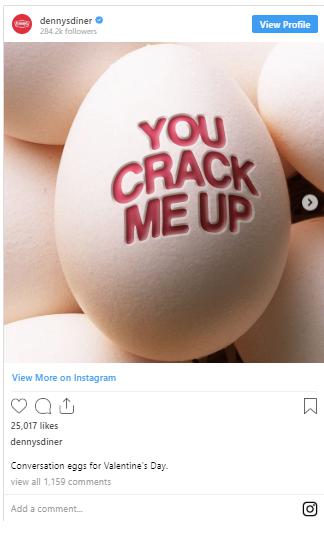 2. Memes on feeds are at an all-time high and still growing.

9gag is one of the leading websites that is just about memes which has 50 million followers on Instagram and 48 million on Facebook. It’s no doubt that almost everyone is exposed to memes these days.  A lot of brands have been using memes and puns to promote themselves, people tag celebrities and politicians in memes and occasionally the celebrities and politicians repost them if they have giggle over them.

For instance, the image bellow is not created by the cosmetic brand L'Oréal but some anonymous user but it does promote the brand in an indirect manner taking the Marvel Character Thor’s hair in consideration.

Another instance can be taken from July 2018 when the actress Radhika Apte was being casted in quite a few Netflix series and people were making jokes of being sick of seeing her in almost everything to which Netflix replied “whatever the role Radhika apt hai” clearly stating that they are proud of casting her. 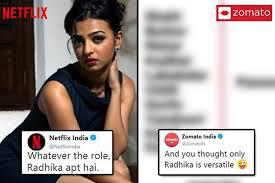 Another Netflix instance can be taken when they made a post regarding Thanksgiving when the newly graduates of the family are asked to take a seat with the kids rather than the adults to promote the latest addition to online viewing of the series Futurama. 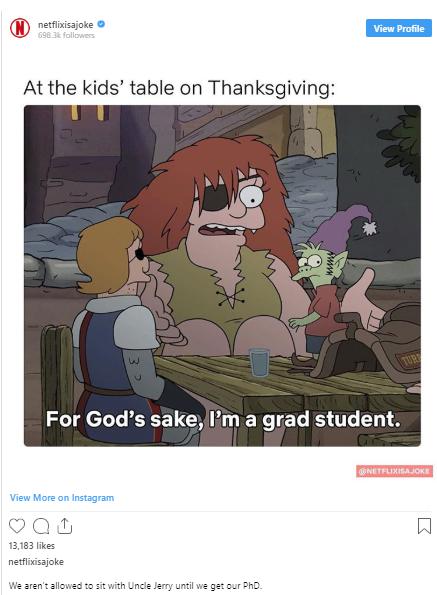 3. Don’t try too hard to relate

Although memes are extremely popular and a great way to connect to the generation y and z who are insanely internet and tech savvy, but if you try to relate too much to the memes the youngsters will think that you are trying too hard to look cool and fit in with them. Then again timing is everything, whenever a social issue is builds up and if you are the first one to make a pun out of it and post it to social media relating it to a meme chances are high that it may go viral, although if you post an old meme which has run its time among the audience your brand will appear out of touch and may have severe negative impact.

Long story short… use memes but very cleverly and not too frequently because if you annoy your followers with repetitive memes, they won’t find the koala-tea in your content. 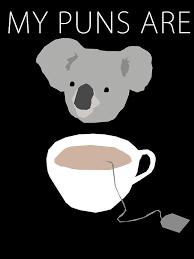 Among the top digital and performance marketing agencies in Delhi NCR, we have been providing marketing solutions to companies from across the globe. To make real difference to your business, get in touch with us today! Call us at Tel: +91-721 7894 696 or email at sales@digitaloye.com to talk to our experts.