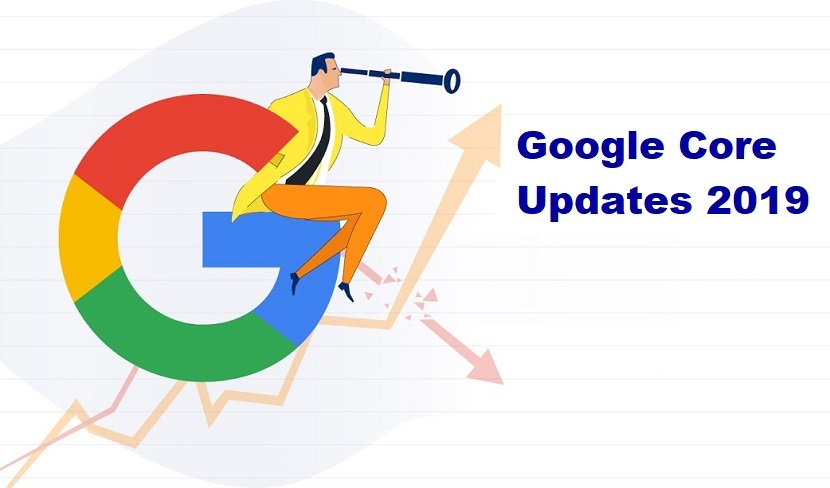 Let's first understand what a Core Update is?

Unlike Google Updates, like Panda or Penguin that specifically targeted content quality or backlinks, a Core Update by Google does not have a specific focus on a particular search query or area.

Because the Core Update does not target any specific element, Google Liasion's Twitter Account (Google's official mode of confirming a new update) has time and again let the webmasters know that there is nothing to "fix" with the Core Updates, all you can do is follow Google webmaster guidelines and focus on creating quality content.

Now, before any further wait, let's dive in to discuss each of these Google updates.

On March 12, Google came out with a broad core search ranking algorithm that has affected Google search results worldwide. The most affected websites were from the health industry dealing with particularly sensitive topics like information on YMYL search queries (Your Money Your Life).

While some of the health sites lost their SEO visibility, many health sites climbed up the ladder. This was because Google favored those sites that provided a higher level of trust to the visitors searching for sensitive YMYL keywords. Websites that have an active brand profile and a broad topic focus benefited from this update, while the niche sites that dealt with specific topics saw a decline in their rankings.

With this update, Google began to give more weight to user signals while determining the rankings of a site. The sites that have worked on their SEO to improve time on site, pages per visit, and bounce rate were the most benefitted. It covered the search queries that fall under the acronym E-A-T (Expertise, Authoritativeness, Trust).

In June 2018, Google launched video carousels for a large number of query searches. This changed the layout of the SERPs and saw an increase of 25% in the visibility of YouTube in just one week. With June 2019 Core Update, another jump in video carousels visibility was observed.

Google came up with this update on September 24, 2019. This update affected all global markets and search indexes. Just like the previous updates, its impact did not show any consistent trend. However, several finance and healthcare websites reported that the update had hit them - particularly those who dealt with sensitive money and health-related issues (E-A-T).

This update observed that the sites had been affected in various ways - for some keywords, sites with a robust backlinking profile have improved. For other searches, websites with poor backlinks but quality content gained positions in the top 10.

Another interesting observation was that Google improved the relevance of video content for several informational keywords.

This Google Core Update was rolled out on November 7. Just like the earlier updates this year, November 2019 Core Update did not follow a consistent trend, although changes were observed in the travel, food, and health sectors. Webmasters went on to describe this update as "aggressive" as massive changes were noticed in the search engine rankings.

This update primarily affected the small and medium-sized websites, many of which belonged to the travel, food, and health sectors. Many of which reported a drop in site traffic by 30 percent.

Google comes up with new updates now and then. This always has the webmasters on their feet. It is mainly because of these core updates that SEO has become an ongoing process. To always keep up with the forever-evolving SEO, you require high ROI SEO tactics that you can implement on a regular basis.

Amidst such unpredictable changes that Google rolls out, you need an SEO strategy that helps your site to hold its grounds during such transitions. Therefore, you need to hire the best SEO company in India that can maintain your site's SEO rankings through thick and thin, and make your site SEO 2020 ready!

Among the top digital and performance marketing agencies in Delhi NCR, we have been providing marketing solutions to companies from across the globe. To make real difference to your business, get in touch with us today! Call us at Tel: +91-721 7894 696 or email at sales@digitaloye.com to talk to our experts.